If you want to become a great chef, you have to work with great chefs. And that's exactly what I did - Gordon Ramsay 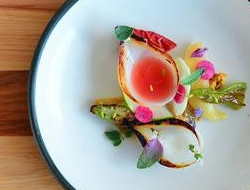 I don’t like food that’s too carefully arranged; it makes me think that the chef is spending too much time arranging and not enough time cooking. If I wanted a picture I’d buy a painting. 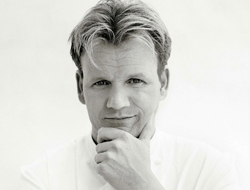 As a soccer player, I wanted an FA Cup winner’s medal. As an actor you want an Oscar. As a chef it’s three-Michelin’s stars, there’s no greater than that. So pushing yourself to the extreme creates a lot of pressure and a lot of excitement, and more importantly, it shows on the plate. 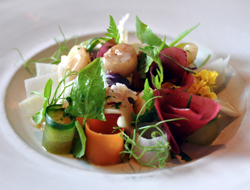 The hardest thing about being a full time chef is leaving my work behind when I go home at night. I’ll toss and turn about a menu item or forget to order produce and wake up at 4 A.M. in a cold sweat over some artichokes. 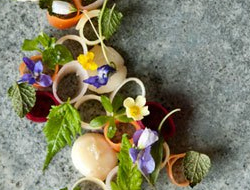 I love cookbooks for completely different reasons. I love ‘The Harry’s Bar Cookbook’ and Marco-Pierre White’s ‘White Heat’ for their feel. For pure learning, Gray Kunz wrote a great cookbook, ‘The Elements of Taste’, published in 2001. The first time I read Charlie Trotter’s, the Chicago chef’s first cookbook, I was blown away.