After Prime Minister Tony Abbott’s ouster at the hands of his own party, Australians are marking the controversial leader’s sudden exit by posting photos of onions. It’s an homage to one of the more puzzling moments of Abbott’s reign, when he zestfully ate a raw onion.

To mark the exit of Abbott, a combative prime minister whose low ratings in public opinion polls were seen as a drag on his party, people began posting photos of the vegetable that Abbott snacked on earlier this year.

Using the hashtag #Putoutyouronions, many Australians posted photos of onions sitting out on doorsteps and fences. Others used the tag to hold public conversations about Abbott, and to celebrate his departure. More than 1,100 Instagram posts have used the hashtag, which has also been popular on Twitter.

As you might guess, the onion-based tribute to Abbott has a fairly elaborate backstory. For the non-antipodeans among us, the Sydney Morning Herald reports:

“It was a nod to previous tributes to Australian cricketer Phillip Hughes, who died last year after being struck on the neck by a bouncing ball. Australians rallied under the hashtag #putyourbatsout, and duly left cricket bats outside their front doors and driveways, and on cricket ovals around the country. But the dubious honour doled out to Mr Abbott was altogether less sincere and more mocking.”

That context also helps explain why the Herald and others are calling this a “prehumous” (as opposed to posthumous) tribute to Abbott.

Nevertheless, if you’re looking for Brown Onions Pezzano are happy to assist! 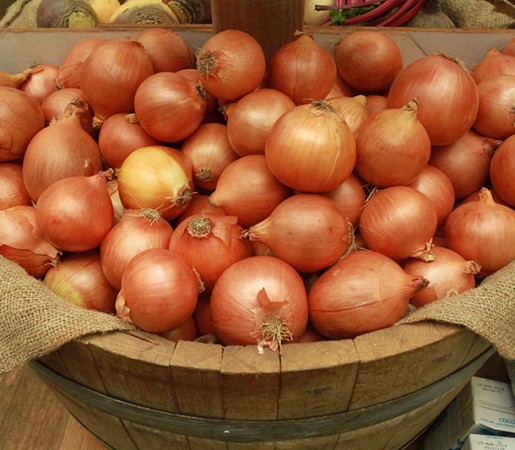